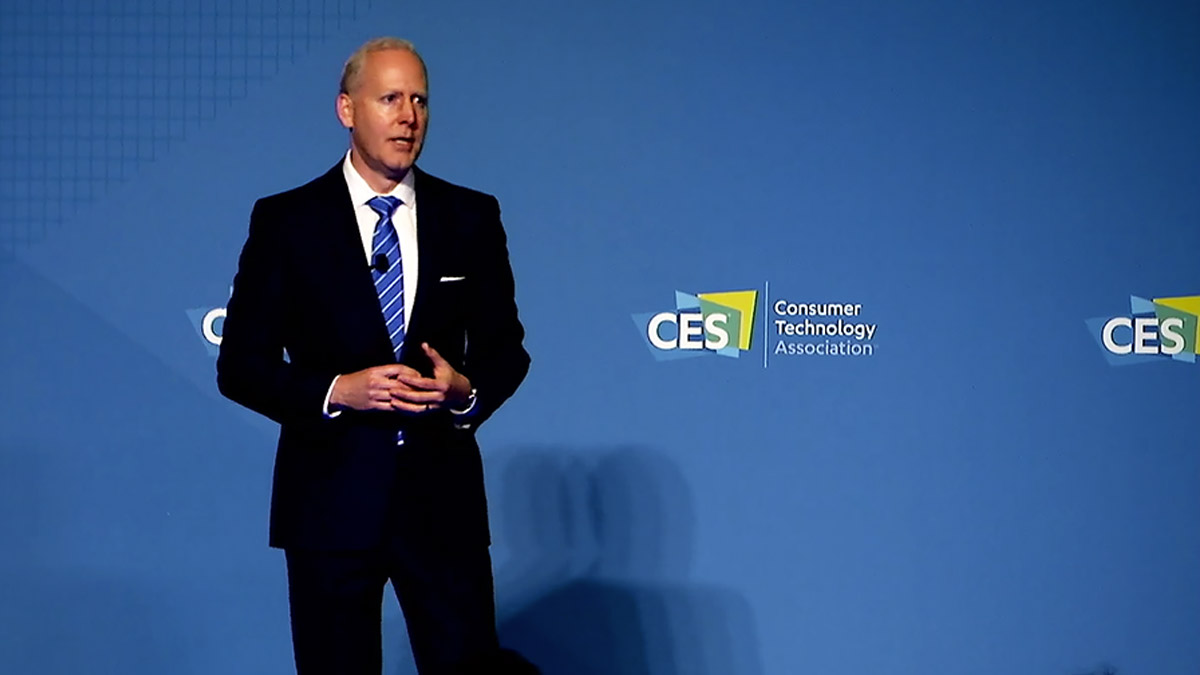 Read the original article in RadioWorld.

A top Consumer Technology Association executive says the global technology market remains stout and that consumers are adopting new tech at an accelerated pace — all of which has implications for radio and audio companies.

Steve Koenig, vice president of research, says the future of tech innovation is healthy and fueled by demand from consumers for breakthroughs that add convenience and simplicity to their everyday lives.

He spoke after the conclusion of the Consumer Electronics Show in Las Vegas in January.

But key trends showcased at CES included artificial intelligence and 5G, which Koenig believes will serve as the “connective tissue” for innovation and as the building blocks of the metaverse, this year’s buzzword.

“There was a lot of innovation [at CES] across the audio spectrum — featuring listening products, but also a variety of innovations that will impact the future opportunity of audio and, by extension, broadcast radio,” he said.

“A lot of innovation in personal audio, what we’re seeing in true wireless ear buds, for example, and in home theater and home audio. Smart speakers have populated and in some ways democratized listening around the house, since people tend to have several of them in dens, kitchens and bedrooms.”

“In a lot of the vehicles shown at CES, there was a premium on monitors. For instance, Togg [a Turkish automaker] had a dashboard that was one giant screen, similar to the Mercedes-Benz Hyperscreen we have seen before,” he said.

He calls this the “screenification” of the automobile, and those bigger and additional video screens for both the front and rear seats have crucial import.

“Radio broadcasters need to utilize that space, because a lot of others are. Streaming audio and other connected services coming into connected vehicles utilize that screen real estate for drivers and occupants.” – Steve Koenig, VP of research for the Consumer Technology Association, speaking on the ‘screenification’ of the automobile

He said this development spotlights the importance of the metadata carried by many broadcast and streaming signals.

He sees the role of radio evolving as it adds various dimensions. “It is similar to what has happened to Next-Gen TV.

It could be shopping, maps or other services that accompany the traditional broadcast service. I see this happening for radio broadcasters, which will increase opportunities for sponsorship and advertising deals. In the end, it’s a deeper engagement with the consumer.”

Broadcast radio’s familiarity to consumers is a strength, he said, but radio faces does face challenges as entertainment becomes more immersive.

“Broadcast radio is a very accessible and familiar medium, of course. We don’t track engagement, but what I can say is that consumers enjoy a mosaic of audio sources. Obviously podcasts and streaming music collections are growing in popularity; but still I think a lot of people enjoy radio.”

He declined to say whether he thinks broadcasters are doing enough strategically to adapt to increased competition, specifically in the dashboard. But he believes radio has a lot of options to amplify its business model and enhance the media experience for consumers.

“They have to engage with a variety of different partners, whether it is automakers or other possibilities. But there is a chance to remake radio and align it with a more visual element and add appeal to consumers.”

The mobility sector at CES had more than 200 companies in the new West Hall of the Las Vegas Convention Center, including automakers with self-driving cars and electric vehicles. Many vehicle exhibits exploited interior technology touting audio and video with additional media displays, Koenig said.

Broadcast radio was represented in the transportation section by Xperi’s exhibit of DTS AutoStage, its hybrid radio platform that merges IP connectivity and broadcast reception, promising a richer user experience similar to the offerings of digital pure-play services and satellite radio.

DTS AutoStage “is one of these market plays that is trying to deliver what consumers are asking for,” Koenig said. “Consumers endorse options and abhor complexity. So a platform or system to allow them to partake in a variety radio and audio streams across their interest areas will resonate.”

Supply chain issues and computer chip shortages were topics of conversation at CES, Koenig said, but much of the focus was on artificial intelligence, including how it can learn the behaviors of consumers across the audio ecosystem. He said companies are leveraging AI in more applications and every economic sector, from manufacturing to entertainment.

“AI is getting better so it can do more things. There are a lot of flavors of AI for consumers across different devices, from smart speakers and your phone to your new car. AI will learn behavior and knows what a person likes to listen to and it gets to a point where it is predictive. AI can learn patterns and help tech goods anticipate what the consumer expects.”

Autonomous automobiles open up a new world for media entertainment and productivity, Koenig said. The extension of that is the range of opportunities via screens through internet connectivity in the car cabin.

“When you consider how these technologies will allow consumers access to entertainment and content via the cloud, things will really start to get interesting,” he said. “Cloud computing and online gaming [in the car] will also be possible.”

CTA believes consumers maintain their appetite for new technology thanks in part to the “season of the pandemic,” Koenig said.

“We have seen historically high demand for consumer technology the past two years. By spending more time at home and needing to bolster work productivity, school and education and entertainment, consumers are leveling up their tec — smart home devices and smart phones. Smart doorbells. You can also include services like connected fitness and online ordering for groceries and even telemedicine. The level of adoption of new technology by households has been at an all-time high.”

Koenig projects that consumer spending on hardware, software and services in the United States will reach $505 billion, a 2.8% growth over 2021.

“Once consumers get a taste for these things, they tend to spend more on them. Why? Because it is delivering value and convenience and making life better.”

And then there’s the metaverse.

“The metaverse isn’t something we build and then we have it,” Koenig said. “To me it’s the next generation of the internet, with enhanced connectivity that will deliver increasingly immersive digital experiences through virtual reality. And these next-generation experiences will over time become inextricably linked to our physical reality.”