Read the original article on Inside Radio. 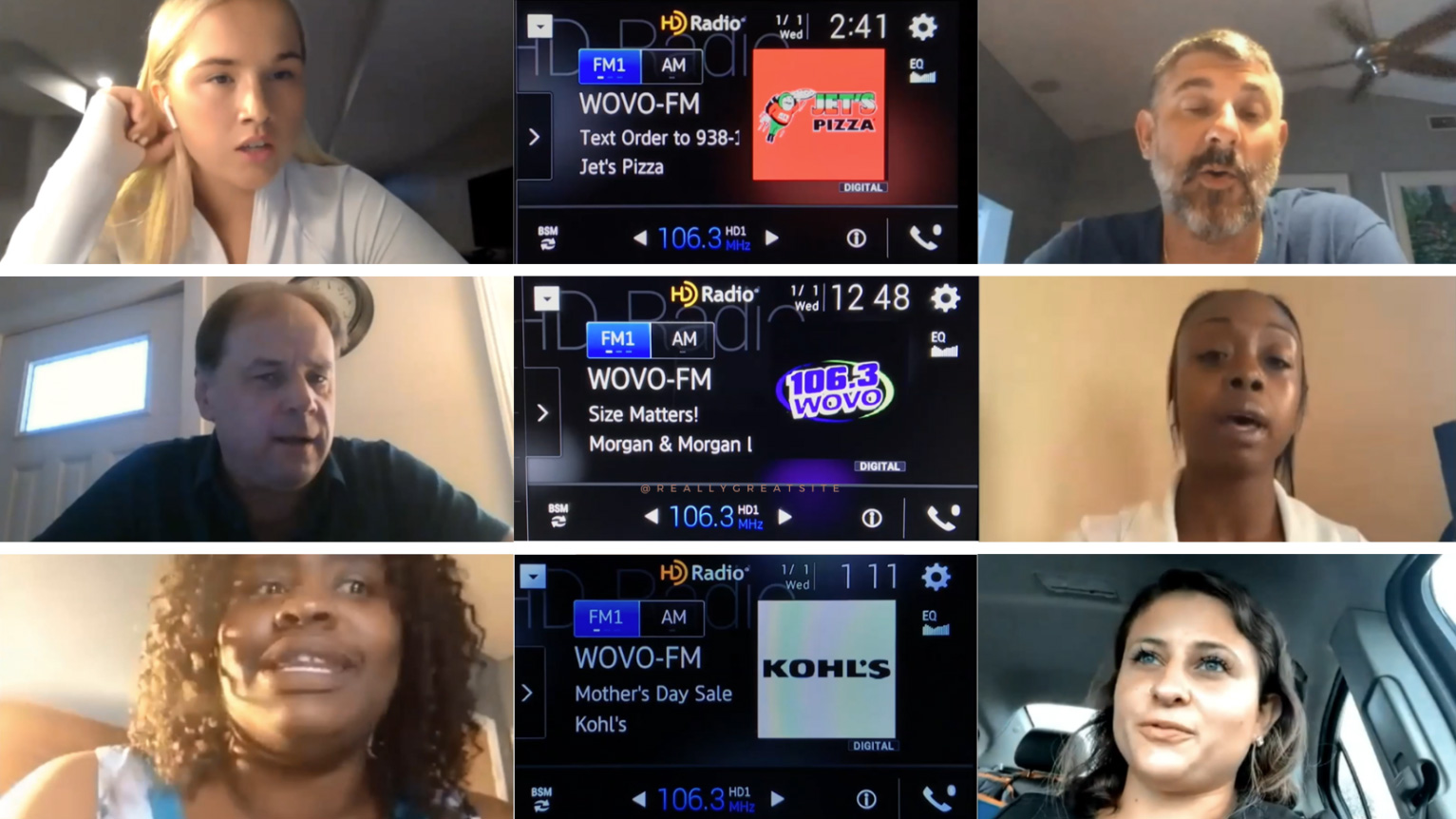 Jacobs Media Strategies’ sneak peek at the results of its study of consumer perceptions of connected car dashboard metadata suggests to-do’s – and what to not do – on both the advertising and music sides. For ads, using brand logos along with text, and keeping messages short, can improve effectiveness, while running continuous text over ads should be avoided. For music, showing album art can be a big plus, while incorrect and inconsistent data can negatively impact how listeners feel about a station.

The study, commissioned by synchronized metadata company Quu and conducted in August, consisted of 30-minute one-on-one Zoom interviews with 19 adults in six U.S. markets owning or leasing a connected vehicle, and listening to FM at least four days in a typical week. The interviews included a simulated driving experience where participants were shown different samples of radio station metadata, including music and advertising, to gauge what connects and what distracts. Addressing the small sample, Jacobs Media Strategies President Fred Jacobs says, “[While it] makes it impossible for the data to have statistical reliability or be projected to a larger population, what we look for is a similarity of response when we see people repeatedly react to information and visuals in very similar ways, and we hear them described in similar terminology.”

One big takeaway for advertisers is that commercials with both text and logo tend to have higher unaided recall, especially when the text used reflects the message of the audio spot. “The visuals clearly can help reinforce or clarify the advertising message,” Jacobs says, “[and] the logos’ appearance can actually serve as another prompt to look at the screen.” Based on participant responses, Jacobs suggests “working with advertisers to boil down a commercial’s message to three words or less. We know the advertiser tendency is to cram more copy into any space, but when you’re looking at the dashboard, it’s like a little mini-billboard: the fewer words the better. Think about the text that you display for an advertisement not so much as an ad, but as supporting content for the audio commercial. You’re going to get more clarity, more recall and a better response.”

Participants found running continuous ad text over other ads during a spot break to be “confusing, or distracting, or a mistake, with no real benefit to the advertiser, the station, the driver or other advertisers running commercials in that same cluster,” Jacobs says. “We didn’t see any evidence that it really worked for anyone, [and] the practice [should] really be avoided whenever possible. Our takeaway is that metadata ought to match the actual audio that’s coming out of the speakers, whether it’s commercials or programming.”

As for music-based metadata, most participants felt showing album art is a plus, as it either helps them recall an artist or album, has a nostalgic effect triggering memories, or can be a motivator for some to seek out other songs on the album or by the artist. “It helps radio look [like it’s on the same] playing field as streaming platforms or satellite radio,” Jacobs says. At the same time, some respondents notice that title/artist data can look inferior to that shown on Spotify and other streaming platforms, and when they see incorrect information or information that comes up at the wrong time, that can negatively impact their feelings about the station. “When people change radio stations and see very different ways of displaying artists and titles, it obviously leads to a very jumpy and inconsistent listening and dashboard experience,” Jacobs says.

Additional findings from Jacobs Media’s study will be presented during a live Q&A session in collaboration with NAB Amplify, “Optimizing How Radio Is Displayed In Connected Cars,” Thursday Nov. 4 at 2pm Eastern/11 am Pacific, open to anyone regardless of NAB membership status.